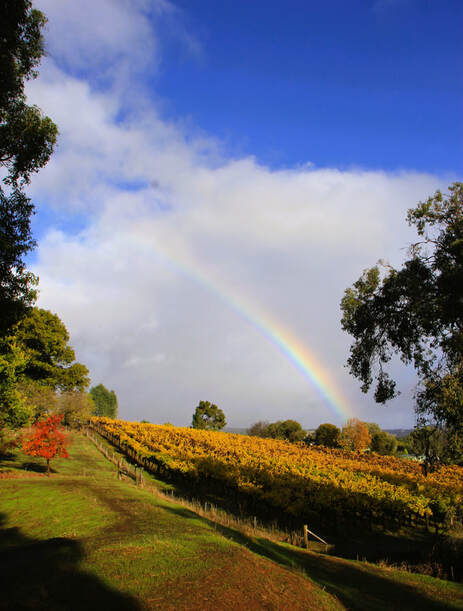 Sunnyhurst Vineyard is a typical Bordeaux style vineyard, growing French varieties such as Semillon, Sauvignon Blanc, Cabernet Sauvignon, Merlot and Petit Verdot. It was established in 2000 by family and friends of Mark Stanford and consists of approximately 500 vines per variety, except only 150 for Petit Verdot. When we require other varieties such as Shiraz or Chardonnay, we obtain them from other growers in the region.  The vineyard is dry-grown (unirrigated) which brings intensity of flavour and regional character to the wines. The Northerly aspect of the vineyard is such that the prevailing breeze keeps the vines free of pests and diseases.

The aspect of the land could not be better for growing grapes; It is located high up on the slopes of the Mattamattup and Blackwood River valleys where it is free of all but the most severe frosts. The land slopes to the north where it is subjected to fresh breezes and sunshine, minimising the development of powdery mildew.

The soil type is loam on top of clay with a neutral pH and a high percentage of stones and rocks, several seams of solid impenetrable rock much of the vineyard required a crowbar for planting vines and strong machinery to put in the trellis posts. The vineyard was christened Bastard Rock Vineyard by one of the planters who injured himself whilst trying to make a planting hole in the rock with a crow bar!

A drip irrigation system is installed but was used only during the first growing season to ensure a good start for the vines. When required, organic soluble fertilisers are applied using this system.

Weed control is mostly done by grazing sheep and heritage chickens among the vines, and we are proud to say say that toxic sprays or chemicals have never been applied to the vines to control pests since its establishment in 2000.